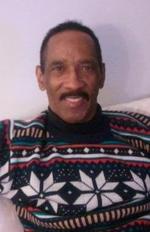 Western Johnson was born on May 29th, 1951, in Ferriday, Louisiana. He is preceded by his parents Jessie Mae Johnson and Levi Love. Wesley was raised with his brothers George Johnson, Ernest Johnson, Jake Johnson, Richard Johnson, Perry Johnson, sisters Virginia Tyler and Mildred Johnson; and the late Levi Johnson, Emma Lee Johnson, and sister-in-law Diane Johnson. Wesley was saved in his family church home at an early age. God called him home from this life on Sunday, July 21st, 2019 in Havre de Grace, Maryland.

Wesley graduated form Sevier High School in Ferriday, Louisiana and went on to serve in the U.S Army from 1973-1976. He then moved and resided in Los Angeles, California where he spent much of his life, working in the operations and warehouse management field. He loved the comradery of his work and leading his fellow employees by the examples of being on time and having a positive attitude.

He moved to Havre de Grace, Maryland in 1998, where he held his position of over 15 years at Frito-Lay in Aberdeen. He attended Mt. Zion Baptist Church in his hometown. For over 10 years, he was a mentor to many men through managing a rehabilitation program at the Green House, for second chance living. Wesley taught and lived by the principles of maintaining consistency in his daily routine. He always spoke to others with uplifting words of God. He was a generous and giving man whom understood the disparity of others’ needs. In his spare time, he enjoyed riding his bicycle, and performing small odds and ends for his neighborhood and spending time with friends and family.

Wesley is survived by his wonderful and beautiful children: Julian Adam Mayo-Johnson, Jeremy Andre Mayo-Johnson, Genevie Angele` Anabel Mayo-Johnson, Ganela Geneva Amari Mayo-Johnson; beloved soulful companion Angela Mayo along with her extended family; as well as a host of nieces, nephews, cousins, and lifelong friends. The most important values Wesley imparted on the members of his life was to love God and take care of your health.