To share your memory on the wall of Wardell Stansbury, sign in using one of the following options:

He graduated 1953 in the last class of the Havre de Grace Colored High. He was very good academically and excelled in sports. He a member of Mile Relay Team, that won awards State Penn Relays. He was the class “C” county champion for two years. He enjoyed saying his record time would never be broken because the “C” classification was discontinued.

Wardell entered Morgan State College (now University). He participated in the R.O.T.C. and continued being on the track team. He was a CIAA half mile champion and also the mile relay team. In 1985, he earned a degree in physical education and was commissioned a second Lieutenant in the United States Army. He was always proud to announce that his commencement speaker was Dr. Martin Luther King, Jr.

While serving in the Army he continued to run track and set records at different track meets. While stationed in El Paso, TX he was able to earn a Master’s Degree in Community Relations from University of Texas, after receiving an Honorable discharge from the Army he returned to Havre de Grace, MD. He remarked frequently that he was proud of his brother Dr. George Stansbury and Mr. Stamps for being responsible for integration of Harford Memorial Hospital, because he drove his brother all over Harford and Cecil County to make house calls to African American.

He was the first African American hired at Harford County Department of Social Services. He was not assigned to any specific department when he was hired. Foster Care was the department that keep him awake at night. Wardell was always a people and animal lover. He enjoyed helping others and making them smile with his infectious sense of humor. His hard work and compassion awarded him the position of Family Service Worker. He helped many in the community during his 36 years with the State.

Because he loved Havre de Grace and the people he was elected to the City Council serving form 1971-1979, while still working at HCDSS in Bel Air. The Congressional Record of Monday, August 12, 1974 contains articles from the Honorable Robert E. Bauman, in the House of Representatives with the reference to the improvement of race relation as a credit to Wardell. He served as the first African American City Council President of Havre de Grace, MD.

Wardell being the youngest of seven was always eager to tell his siblings how proud he was of them for any accomplishment or awards they received. Wardell’s awards and recognitions are many. He was inducted to Alpha Phi Alpha Fraternity at Morgan and a member of Local Members to the Founders of a chapter in Harford County. At Morgan he was inducted to Varsity M. Club Hall of Fame and the Havre de Grace High School Hall of Fame. Wardell was a member of the Optimist Club. Memorabilia fills a room in his home with many of his plaques, trophies, track shoes and letters of acknowledgement.

He is preceded in death by his parents; daughter Lori Stansbury; brother Dr. George Stansbury and sisters Carrie Gordon and Bernice Stansbury.

Private burial will take place after remains are released from Anatomy Gift Registry. A memorial service will be scheduled at a later date.

In lieu of flowers contributions may be sent to Union United Methodist Church P.O. Box 809, Aberdeen, MD 21001 or church of your choice in memory of Wardell V. Stansbury.
Read Less

Receive notifications about information and event scheduling for Wardell

You will receive any future notification messages.
Print
Memorial service will be scheduled at a later date.

We encourage you to share your most beloved memories of Wardell here, so that the family and other loved ones can always see it. You can upload cherished photographs, or share your favorite stories, and can even comment on those shared by others.

Posted Jul 04, 2020 at 12:15pm
To the Stansbury Family.
Cassie and Family...
I offer my most sincere condolences and sympathy at this time.
My thoughts and prayers are with you. I pray you will find the healing and comfort that only the Lord can give.
Donzella Berry (Petty-John)
Comment Share
Share via:
DS

Posted Jul 03, 2020 at 12:38pm
Thinking of you and wishing you peace and comfort. May the memories and the love of family surround you and give you strength in the days ahead. 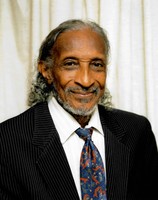