To share your memory on the wall of Theresa McMillan, sign in using one of the following options:

Provide comfort for the family of Theresa McMillan with a meaningful gesture of sympathy.

She is also survived by her sister, Janice (Woodrow) Grant, and her three brothers, Timothy (Sharon) Moorehead, Thomas (Earnestine) Moorehead, and Jerald Johns.

Theresa graduated from the Havre de Grace Colored High School, in 1946; Cortez Peters Business School, and had received her pilot's license. After various jobs, she found her profession as a book binder, from which she retired in 1987. Her hobbies included, gardening, she rented land in Indiana, planted many vegetables also at home here in Aberdeen. Theresa was very active with the Senior Citizens' Club. Bingo was her favorite activity, often playing 20 cards at a time. She also enjoyed cooking and baking. She had a beautiful voice, played piano well, and entertained in churches and organizations. Theresa was also an expert seamstress. She was a great sister and friend who gave much wisdom.

Theresa enjoyed traveling. She has visited several Caribbean islands, Hawaii, several areas in California, with her sister, and toured throughout Western Europe.

Theresa was preceded in death by her infant son, David; her mother, Margarette Johns;, her husband, Greer McMillan; her brothers James Simmons and Kennith Moorehead; her sister Marquerite “Carol” Reliford, and many aunts, uncles, cousins.

She will be sorely missed and fondly remembered by family and friends who will cherish her memory.
Read Less

Receive notifications about information and event scheduling for Theresa

We encourage you to share your most beloved memories of Theresa here, so that the family and other loved ones can always see it. You can upload cherished photographs, or share your favorite stories, and can even comment on those shared by others.

Plant a Tree in Memory of Theresa
Plant a tree 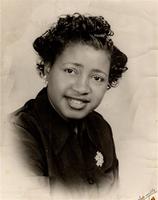