To share your memory on the wall of Shirley Collins, sign in using one of the following options:

Shirley received her education from Havre de Grace Colored School. After high school she was employed in various jobs in Havre de Grace and Aberdeen Proving Ground. Shirley was later employed and retired from the John F. Kennedy as a Toll Collector.

Shirley became a member of St. James AME Church in her early years. She later joined the choir, assisted in the kitchen and assisted with the Women’s Day program. Shirley was a member of the Lucky Ladies Club where she was able to participate in various activities, travel and have a great time with the ladies of the club. She also volunteered for Meal on Wheels. Shirley loved visiting with her children, grandchildren and great grandchildren. She was very excited when her grandsons became pro-football players, she loved watching them play and loved to attend their games. Shirley enjoyed going to the Senior Center with Zelma and to line dance class with Zelda.

Shirley was preceded in death by her parents Howard F. Hawkins and Julia R. Durbin Hawkins and her sister Marion Cage.

Shirley was loved by all that came into contact with her - she will dearly be missed by all.
Read Less

To send flowers to the family or plant a tree in memory of Shirley D. Collins (Hawkins), please visit our Heartfelt Sympathies Store.

Receive notifications about information and event scheduling for Shirley

Print
A memorial service will be held at a later date

We encourage you to share your most beloved memories of Shirley here, so that the family and other loved ones can always see it. You can upload cherished photographs, or share your favorite stories, and can even comment on those shared by others.

Posted Apr 04, 2020 at 11:59pm
Zelda, Zelma and Family
I offer my heart felt condolences to all of you. I only have fond memories of Ms. Shirley. I remember she was a good mom to you girls, and a good neighbor.
I pray you will always remember the memories you all made, and keep them close to your hearts.
I will be praying for and with you.
Be assured, she's resting in the arms of Jesus. She is smiling down on her loved ones.
Peace and Blessings to you Always,
Your friend,
Donzella Berry
Tucson , AZ
Comment Share
Share via: 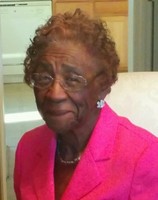