To share your memory on the wall of SGM Alberto Brown, U.S. Army (Retired), sign in using one of the following options:

Provide comfort for the family by sending flowers or planting a tree in memory of SGM Alberto Brown, U.S. Army (Retired)

Provide comfort for the family by sending flowers or planting a tree in memory of SGM Alberto Brown, U.S. Army (Retired)

Alberto received his early education in Colon, Panama. His secondary education was at Silver City High School in Canal Zone. He joined the U.S. Army September 9, 1952 and retired in 1979. During this time, he achieved a B.S. degree from the University of Maryland, Baltimore; and an M.B.A. degree from Central Michigan University. He attended the SGM Academy for two years. During his military career, he served in Panama; Fort Bragg, NC; Fort Huachuca, AZ; Fort McCullum, AL; Fort Ord, CA; Fort Mammoth, NJ; Okinawa, Japan and nine years at Aberdeen Proving Ground, MD.

His Christian background is Episcopalian and he attended the APG Main Post Chapel. A
servant icon in the community, Alberto was a lifetime member of Alpha Phi Alpha; NAACP; VFW and American Legion. Alberto enjoyed Sudoku, Rubik’s Cube and Solitaire.

He was preceded in death by his son Errol A. Brown; a brother Carlos Brown; 3 uncles; 2
aunts; and step-daughter Irene V. Wright.
He leaves to love and forever cherish memories of 50 years to Patricia Jean Brown; 16 grandchildren and a host of great-grandchildren, family members and friends.

To send flowers to the family or plant a tree in memory of SGM Alberto L. Brown, U.S. Army (Retired), please visit our Heartfelt Sympathies Store.

Receive notifications about information and event scheduling for SGM Alberto

The insignias listed here may be subject to copyright and/or trademarked. Those copyrights and trademarks are owned by the respective organizations.

We encourage you to share your most beloved memories of SGM Alberto here, so that the family and other loved ones can always see it. You can upload cherished photographs, or share your favorite stories, and can even comment on those shared by others.

Posted Aug 30, 2020 at 06:44pm
My deepest condolences to you, Pat, and Alberto's sisters, children and grandchildren. The dignified and solemn service was a fine tribute to a man of dignity. Alberto stood up for our country, and he stood up for justice. He was a respected pillar of every organization of which he was a member. For many years we worshiped at Spesutia Church, St. George's in Perryman, including at his mother's final service and my father's. After 50 years together, may God grant you peace, Pat, and Alberto glory.
Comment Share
Share via:
JC

Posted Aug 29, 2020 at 03:40pm
A good friend, a patriot, and an Alpha Brother to name a few. Brother was a person you always wanted near when there was a need for conflict resolution. Always quiet and unassuming, until the quorum needed resolution, then he would speak and all present would listen, end of conflict. We would from time to time swap stories on our travel and family. He always had positive remarks about both. In the latter years, we did not see each other, but he was always in my thoughts and prayers. Rest in peace Dear Brother, as your journey continues......Bro. Jimmy Clark 3BA73/IAL
Comment Share
Share via:
VJ

Posted Aug 29, 2020 at 10:03am
My Condolences to Cousin Patricia, her children and the rest of the Brown family.

Posted Aug 29, 2020 at 09:37am
Our thoughts and prayers are with you. Alberto was a good man. He worked on my team at the U.S. Army Ordnance Center and School. 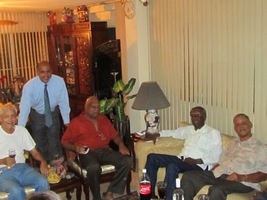 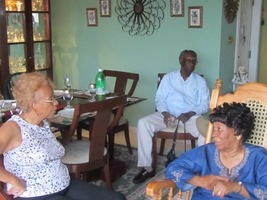 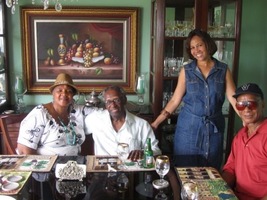