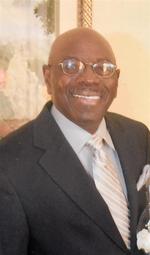 Raymond Edward Raison, Sr. affectionally known as “Buzz” was born on January 26, 1930 in Elkton, Maryland. He was the son of the late Othur and Janie Raison. Buzz passed peacefully at his home in Chesapeake City, Maryland on March 7, 2019.

Buzz was educated in the public schools of Cecil County, Maryland. He also served in the United States Army at the age of 15 until honorably discharged.

He married the love of his life Ida Mae Garnett on September 19, 1959. Four beautiful children were born of this union – Wynda, Arnetta (Piney), Karen, and Raymond, Jr. (Buster).

Buzz was employed by and retired from Martin Dealership(s) where he worked as an Auto Mechanic for many years. Later in life he drove the shuttle service for the NuCar Dealership(s) in New Castle, Delaware and also worked for Lynn and Ron Collins of Collins Dental and Orthodontics in Newark, Delaware.

Buzz was a faithful servant of the Lord. He was a dedicated, lifelong member of Ebenezer AME Church in Chesapeake City, Maryland. He sang with several choirs over the years; the E& R Male Chorus was his most recent. He loved to sing and enjoyed listening to gospel music. One of his favorite songs was “If I had 10 Thousand Tongues”. The Lord was the center of his life and he spread the Word of God everywhere he went. He was never without a smile or a pleasant “Hello my friend”. If you knew him, you loved him and there was no mistaking what was important to him.

Buzz loved his family and enjoyed spending time with them. He took every opportunity to pull family together - every holiday, every birthday and just because… He was an avid storyteller and historian for his immediate family, the community, and beyond. He loved working outside in the yard. He enjoyed planting flowers and maintaining his yard. For many years he along with his brothers Norman and Arthur and his cousin Pete managed the church grounds at Ebenezer.