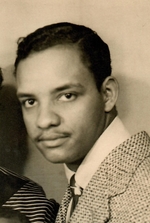 Evidenced by everything and everybody he touched, with a
personality and heart bigger than life, Ralph Rowell Kyler, our
brother, our uncle, our cousin, our husband, our father, our
friend was born August 17th, 1928 by virtue of the matrimony of Ruth
Helen Conway and William Benson Kyler in Baltimore, Maryland.
Ralph attended Baltimore City public schools and was drafted to the
United States Army in 1946. Private 1st Class, Ralph Kyler served as
a cook during the Korean War where his service took him to both
Korea and Hawaii. Ralph received an Honorable discharge in 1951.
Ralph soon met the Love of his life Marilyn Norman. Their marriage
was consummated with the birth of Ralph Jr. better known as Pete, his
most proud moment. Ralph worked at Perry Point Hospital until he
retired. He loved fish and spend time with his family. In 2012, Ralph
accepted Jesus Christ as his Lord and Savior and joined the Lighthouse
Ministry under the leadership of Pastor Mary Henry.

Ralph was proceeded in death by his loving wife, Marilyn; and son,
Ralph Jr. He leaves to cherish his memory: his sister Frances Mitchell,
and a host of other family and friends. He continues his legacy of love
through his most devoted confidant and care giver, his niece Deneen
Mason.

The family gratefully acknowledges the many kind and beautiful expressions of
sympathy and love shown during our time of bereavement. We offer a special
thanks for all the care provided by Home Health Trinity and Perry Point Hospital