To share your memory on the wall of Peter Butler, sign in using one of the following options:

Pete attended school in Prince George’s County after graduation, Pete joined the United States Army and served for 6 years. After returning home from the
Army he went on to work at Harford County public school for several years. He worked at Plastipack (Constar) packing (29 years) until his health declined.
Pete was a member of Press Toward the Mark Ministry for many years before joining New Life Fellowship Church of God where he served as a Deacon and Church treasure. He attended faithfully until his health started to decline.

If you knew Pete, you knew he had a love for collecting hot wheels. Anytime he went out he had to collect one or two while leaving his wife sitting in the car, wondering why he was taking so long.
His love for his grandchildren was never ending. During his illness his grandchildren always brought a smile to his face no matter where he was.

When he attended church he sometimes sung in the choir. He loved singing “There’s a Praise on the Inside” and “Lord You Been So Good”. His favorite songs were” I Pray we all be Ready”, and “hearing Jasmine sing “Break Every Chain” and Sa’Morya singing “Every Praise.” He loved watching the dance team at church as well.

To send flowers to the family or plant a tree in memory of Peter E. Butler, please visit our Heartfelt Sympathies Store.

Receive notifications about information and event scheduling for Peter

We encourage you to share your most beloved memories of Peter here, so that the family and other loved ones can always see it. You can upload cherished photographs, or share your favorite stories, and can even comment on those shared by others.

Posted Oct 11, 2019 at 10:28am
Pete, you will be missed by many. I will still hold on the memories we share especially the ones where you would kick me out of your room at the hospital and after you came home. My most fondest memory will be you telling me not to post a picture of you from vacation wearing a tutu.
I enjoyed being there for you and helping my sister with your care. Some memories will be sad but majority are the ones with laughter. I love you Deacon Taskwatcher Butler.
Comment Share
Share via: 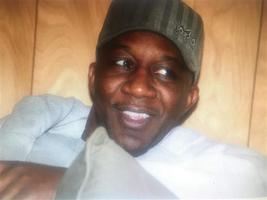 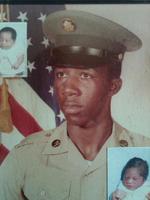 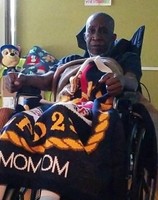