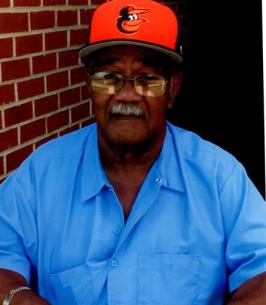 Print
Paul Clifford Hammond, Jr. son of the late Paul Hammond, Sf. and the late Creamella Jones was born on February 15, 1937 in North East, MD. God dispatched his angels on Sunday, October 21, 2018 to take him home.

Paul received his early childhood education in the Cecil County Public School systems and graduated from George Washington Carver High School as the salutatorian of his class. He later served in the United States Army for 2 years, received a Good Conduct Medal and was honorably discharged. He continued his service in the Army Reserves for an additional 4 years having served his country for 6 years. Paul worked for Anchor Pontiac in Elkton, MD in the Parts department until his retirement and later opened his own used car sales office.

In 1959, he married the love of his life, Rose Wilson and from that union, Paul Hammond, III was born and together they raised a family that consisted of Lauretta, Bryant, Gary and Allen. Paul was a great father and grandfather and cherished his family. He provided not only for his children and grandchildren but also for his nieces and nephews. He loved owning his own car sales office, tinkering with cars, doing yard work, and watching sports. Paul always greeted you with a smile and a kind word.

We encourage you to share any memorable photos or stories about Paul. All tributes placed on and purchased through this memorial website will remain on in perpetuity for future generations.

RB
Just a note to send my condolence to the family of Paul. He was first a sincere friend and client over m years in business. Paul with his knowledge help me move forward with the auto auction.
O share in your lost as he was a leader and champion for me.
Colonel R. C. Burkheimer
Robert C. Burkheimer - Thursday October 25, 2018 via Condolence Message
Share This:
1
Page 1 of 1
Share
×

Thank you for sharing!

Provide comfort for the family by sending flowers.

Or use your email:

We have provided a digital copy (PDF) of the Memorial Program that we supply at the time of the service. To Download this file please click the filename below. Paul Clifford Hammond Jr. - Memorial Program
Send flowers to the family
Choose from beautiful standing, table and basket arrangements. Safe and secure online ordering.
View Flower Arrangements
What has already been purchased for the family?
Subscribe to Updates

Connect with families at their time of loss. By subscribing to email updates, you will receive two daily updates containing all new stories, photos, candle lightings, condolences, and more.