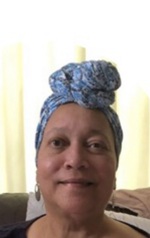 Nettie Elaine Hargrove, daughter of the late Wilbert Hargrove, Sr. and Bernice (Williams) Hargrove, was born in Durham, North Carolina on December 30, 1951. Her education began in the public schools of Philadelphia, Pennsylvania, and as a member of a military family, ended with graduation from Kubasaki High School, Okinawa, Japan in May 1969. While there she was very active in many school clubs. After returning to the states she was employed by Bata Shoe Factory, the FBI for approximately 15 years, and a private contractor until she retired with a disability in November 1992.

Sis. Hargrove gave her life to Christ at an early age. She later rededicated her life and joined Mt. Zion Baptist Church under the pastorate of Rev. James C. Williams, Sr. She enjoyed the fellowship and loved being able to serve. She was a faithful member of the Soup Kitchen and LYDIA Girls Mentoring Ministries where reaching out and helping gave her great joy!

Among her hobbies were cooking, baking, and some drawing in her early adult years. Her nieces and nephews were the true joy of her life and she loved having them for sleepovers where they enjoyed baking and watching television shows together. They all loved to talk about anything and everything with her!

The viewing and service is limited to family, followed by burial in Harford Memorial Gardens, Aberdeen, MD. Funeral Services will be streamed live via Lisa Scott Funeral Home, P.A. Facebook page on Friday, August 14, 2020, at 1:00pm.