To share your memory on the wall of Nathaniel Brown, sign in using one of the following options:

Nathaniel attended Harford County Public Schools and graduated from Aberdeen High School in 1976. After graduation, his mother gave him three options: get a job, go to college, or join the military. With encouragement from his brother-in-law, he chose the latter and joined the United States Army. There he served for eleven years and was honorably discharged.

Nathaniel was an easy-going, likeable guy with a sense of humor. He had a big smile and heart to match. It was no secret that he also had a heart for cars. He was employed in various positions, but to his family and his buddies that he grew up with in Washington Park, “Stinky” was known as a talented, affordable, and easy to find mechanic. Whether it was after work on a weekday or at any given hour on the weekends, he could be found “fixing up cars.”

Nathaniel worked hard and later traded in those various day jobs for passion. He took a job as a full-time mechanic at Auto Mart in Perryman, Maryland. He also became a painter and salesman. “Nate” was like family to the owner and served the people in his community until his health no longer permitted. At home, his loving companion was by his side and he was encouraged and supported by all those he served well.

Nathaniel had to take it easy and gave up working on all those cars. He agreed to going to see the doctor which was sometimes hard. He started going to church to make right of all of his wrongs. Then he submitted to riding in that sweet chariot the Savior sent “ALL FIXED UP” just to carry him home!

He was preceded in death by his parents Isaac and Mabel O. Brown, two sisters Ruby and Anna Marie, and four brothers Leroy, Charles, Jackie, and Harold.
Read Less

To send flowers to the family or plant a tree in memory of Nathaniel Brown, please visit our Heartfelt Sympathies Store.

Receive notifications about information and event scheduling for Nathaniel

Print
Due to the pandemic services will be held privately.

We encourage you to share your most beloved memories of Nathaniel here, so that the family and other loved ones can always see it. You can upload cherished photographs, or share your favorite stories, and can even comment on those shared by others.

Posted Apr 07, 2020 at 10:30am
So full of love & humor .... My heart is forever broken with the last sound of your breathing .... I love you forever In a world of pure love Pop. I shared this picture with your little broke Bestfriend as you would call him. Since the day he made entrance into this world, you never missed a beat pouring fun days , lessons and most importantly love. Pop I’mma miss you so much and the kids cry everyday to see they PopPop. Thank you for all you ever done for my kids and I ! I will forever cherish our memories together. I love you so much.

Posted Apr 07, 2020 at 10:14am
With loving memories of "Nathaniel Brown", You brighten up are days together. We share so much together and we share so much Love. 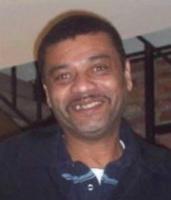