To share your memory on the wall of Matthew Smothers, sign in using one of the following options:

Print
MATTHEW ALEXANDER SMOTHERS was born on November 24,1970 at Kirk U.S. Army Hospital in Aberdeen, Maryland. He was the second of his parent's six children and the eldest son.

A gifted musician, Matthew loved music and taught himself to play the saxophone as a high school student. He also played the instrument at Clark's United Methodist Church as a musician for the Voices of Faith Specials Choir. Matthew grew up at Clark's United Methodist Church and transitioned to New Destiny Evangelistic Church in Edgewood as an adult, where he also served as a musician.

Matthew was a man of many talents including math, cooking, playing a fierce game of Uno, and a skill for putting things together without needing the instruction manual. Known for his love of the wilderness, Matthew enjoyed fishing, eating crabs and swimming. He would often walk around outdoors barefoot. In winter months, he would wear a coat outside-but he would sometimes still remain barefoot.

Known as a jokester with a streak for mischief, Matthew loved a good laugh. As children, when his sisters and cousins once complained to themselves about a bad-tasting cake their great- grandmother (Mom Mae) had baked, Matthew made sure the news got back to Mom Mae so he could get a good laugh at her reaction-and the trouble it caused.

A homebody at heart, he was content relaxing at home watching television reruns of Good Times and The Cosby Show.

Matthew deeply loved his family and gave each of his nieces and nephews unique nicknames. Those special names included "Cletus" for Isaiah, "Fred" for Elijah, "Tito" for Jeremiah, "Beulah" for Faith, "Chunk" for Ami rah, "Jenkins" for Tyrell, and "Elsie" for Autumn. He especially liked spending time with his family and was looking forward to a family vacation to Florida this summer. In more recent years, Matthew enjoyed bringing the family together by cooking a good meal for everyone.

He is preceded in death by his paternal grandparents Rev. John W. Smothers, Sr. and Martha Smothers, and his maternal grandfather Charles Higgins. Matthew's legacy lives on through his daughters Ashley Russell and Jasmine Berry from his first marriage to Hope Smothers, and his son King Smothers from his second marriage to Tiara Askew, along with seven grandchildren. He also leaves behind his loving parents John Wesley and Gloria Smothers; his si blings Lisa Clark (Danney), Renee Minter (Ulysses), Jason Smothers (Alex Harriott), Dana Smothers (Taylor), Lakia Smothers; his brothers and sister at heart, Zeus and Valerie Collins, and Jason Jones; his maternal grandmother Elsie Higgins, and a host of nieces, nephews, aunts, uncles and other relatives who loved him.
Read Less

To send flowers to the family or plant a tree in memory of Matthew A. Smothers, please visit our Heartfelt Sympathies Store.

Receive notifications about information and event scheduling for Matthew

We encourage you to share your most beloved memories of Matthew here, so that the family and other loved ones can always see it. You can upload cherished photographs, or share your favorite stories, and can even comment on those shared by others.

Posted Mar 08, 2019 at 12:24pm
Hello Family...We just want you to know how much we loved Matthew, and how much we love you. It's amazing, we haven't been able to see each other as much as we would have hoped to over the years, but we still feel as close to you as were years ago. The love that we shared together...all of the fun times...just being a part of the family meant so much and still does. Yes, we are forever linked by being Isaiah's godparents, but each one of you have a special part in our hearts. Be encouraged Mr. Wesley and Ms. Gloria, Lisa, Danny, Hope, Renee, Ulysses, Jason, Dana, Kia, Isaiah, and the rest of the family. We serve a God who conquered death and the grave...Matthew is already with him in Glory. What a wonderful reunion we will have in Heaven one day. Hang in there. Love, Rob, Michelle (Teny) and Kayla Pringle
Comment Share
Share via: 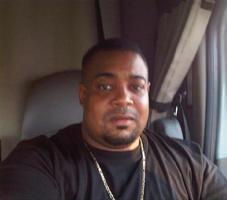