To share your memory on the wall of Mary Speaks, sign in using one of the following options:

She lived in Ekron until she married Frank Speaks and supported him throughout his military career. Together they travelled across the United States and raised three children. Frank & Mary settled in Aberdeen, Maryland upon his retirement from the Army. Frank passed in 1977.

Mary began her community service journey by volunteering and fundraising for projects near and dear to her heart. As member of Charlton-Miller Post 6054, she held every position from Guard to Auxiliary President. Mary chaired many fundraising projects, which included Maryland Cancer and Research Program. This was one of her most successful fundraising projects on behalf of the Women’s Auxiliary.

Mary also served as the last President of the SyPaw #10 (MOCA). At the end of her term she obtained a Perpetual Charter that secured SyPaw #10’s future ability to establish an Auxiliary. In addition she chaired other fundraising projects: Voice of Democracy; Buddy Poppy; Americanism and Loyalty Day Programs.

To send flowers to the family or plant a tree in memory of Mary Ann Speaks (Richardson), please visit our Heartfelt Sympathies Store.

Receive notifications about information and event scheduling for Mary

We encourage you to share your most beloved memories of Mary here, so that the family and other loved ones can always see it. You can upload cherished photographs, or share your favorite stories, and can even comment on those shared by others. 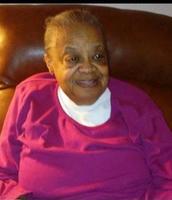