To share your memory on the wall of Marvis Hayward, sign in using one of the following options:

Her employment history also included Bata Shoe Company, Department of Transportation at the Coast Guard in Curtis Bay, Department of the Army and the Department of Housing and Urban Development (HUD) in Baltimore, MD and Washington, D.C. Her employment with the United States Government totaled 38 years. On August 3, 1985 she married John H. Hayward and from that union came two children, Angela and Aaron.

Marvis enjoyed life. Her favorite activities included gardening, eating crabs, shopping, traveling and spending time with friends especially her “bestie” Suzette Greene. She loved her family and supported her children in all their endeavors. Marvis had a servant’s heart and showed kindness in everything she did. She went out of her way to serve others without expecting anything in return. She was a faithful member of St. Matthew A.U.M.P. church since childhood and served in various capacities including Usher Board Vice President and Treasurer, Women’s Day President and Vice President, Pastor’s Personal Stewart, Pastor’s Stewart Committee, Trustee Bees, and Church Clerk. Her love of Jesus Christ made her a woman of integrity. She was committed to her word and did everything with excellence.

To send flowers to the family or plant a tree in memory of Marvis S. Hayward (Holland), please visit our Heartfelt Sympathies Store.

Receive notifications about information and event scheduling for Marvis

You will receive any future notification messages.
Print

Donations are being accepted for: CANCER RESEARCH AMERICA NFCR.

We encourage you to share your most beloved memories of Marvis here, so that the family and other loved ones can always see it. You can upload cherished photographs, or share your favorite stories, and can even comment on those shared by others.

Posted Jun 20, 2020 at 08:20am
I'm so sorry for loss. My God continue to bless and comfort you all. May God keep Mrs Marvis Hayward in an eternal peace and rest. Amen.

Flowers were purchased for the family of Marvis Hayward. Send Flowers

Posted Jun 18, 2020 at 02:23pm
With heartfelt condolences, it is my pleasure to have a tree planted in the honor of Marvis Hayward.

Posted Jun 18, 2020 at 02:13pm
To Mr. John Hayward, Aaron, Angela and family, Marvis was my co-worker. She was always a woman who reflected strength and confidence with a smile. Marvis' was an excellent co-worker because she was smart and knew job very well. She will be greatly missed. I pray the Lord Jesus Christ be your strength and comfort while you grieve. I hope that you find joy in knowing that you will see your beloved Marvis in heaven. God Bless you all, Wendy Houston.
Comment Share
Share via:
KW

Posted Jun 18, 2020 at 01:38pm
To John, Angela, Aaron: May this tree be rooted in love and grow to be as beautiful as the wonderful and loving marvelous Mrs. Marvis H. Hayward.

Posted Jun 18, 2020 at 11:20am
I never had the chance to meet you but I can say that I met you through your kind and pleasant daughter, Angela. You had to have something to do with that. I also know you through my colleague, Jacqueline. We prayed much for you and we still believe that God answered our prayers because you are with Him now. Thy will be done. We saw the demonstration of love and family as your sister left the cares of the world to spend this time with you. Invaluable. I will continue to pray for the family. Hold on to God; He is faithful.
Comment Share
Share via: 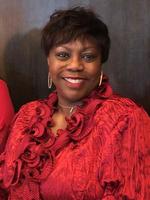