To share your memory on the wall of Lester McLain, sign in using one of the following options:

Provide comfort for the family of Lester McLain with a meaningful gesture of sympathy.

Lester attended Cedar Elementary and graduated from Bel Air Colored High School in Bel Air, Maryland. In 1952 he was united in marriage with the love of his life, Thelma McLain. Three children were born from their union, one daughter, Judith S. Hill; and two sons, Wayne A. McLain and Howard L. McLain.

Lester attended Clarks United Methodist Church where he gave his life to Christ.

Lester worked as a security guard at Gore, Peach Bottom Electric Company, and for the State of Maryland. He was also employed as firefighter with the Aberdeen Proving Ground Fire Department where he retired from 1984. He loved spending time with family and friends where he would sit back and snap pictures of everyone. He enjoyed going on cruises and going to the Nottingham Sale Barn on Mondays. He collected clocks and loved growing flowers.

Although Lester is gone from us, he will continue to live in the hearts of his family and friends.

A private service will be held for immediate family.


Funeral services will be livestreamed via Facebook on "Lisa Scott Funeral Home P.A." page and on this website, Thursday, April 23, 2020, at 11:30 AM.
Read Less

Receive notifications about information and event scheduling for Lester

We encourage you to share your most beloved memories of Lester here, so that the family and other loved ones can always see it. You can upload cherished photographs, or share your favorite stories, and can even comment on those shared by others.

Plant a Tree in Memory of Lester
Plant a tree 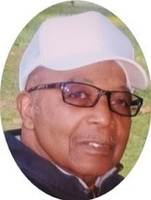