To share your memory on the wall of Kristal Miller, sign in using one of the following options:

Provide comfort for the family of Kristal Miller with a meaningful gesture of sympathy.

Being the jovial person that she was, Kristal was the comedian of the family where she was always telling jokes making everyone laugh. Kristal love to take antique pieces and turn them into timeless modern works of art. Kristal also love to travel, and later developed a strong interest in collecting and using coupons. Whenever you needed to know about a great place to dine or a good bargain, Kristal was the person to speak with.

Because she was also a giver, Kristal donated countless numbers of goods she attained from couponing and those of us who were receivers was appreciative of her kind gesture.

Although she had her own cross to bear, Kristal still had room in her heart to offer kind words of encouragement for those in need. Her smile will permanently be etched in our hearts.

She was preceded in death by her grandparents Callie P and Charlie E Miller and her cousin Marcus Brown whom she loved dearly.

Receive notifications about information and event scheduling for Kristal

We encourage you to share your most beloved memories of Kristal here, so that the family and other loved ones can always see it. You can upload cherished photographs, or share your favorite stories, and can even comment on those shared by others.

Posted Nov 29, 2019 at 02:24pm
Wishing you peace to bring comfort, courage to face the days ahead and loving memories to forever hold in your hearts.

Twana, Eleanor and family purchased flowers for the family of Kristal Miller. 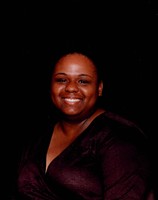 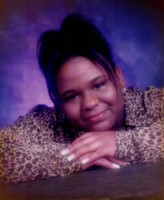