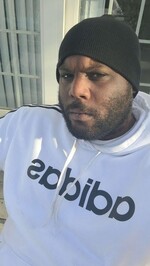 KHALIL QUINCY JONES A.K.A. “Lil”, “Kraft”, KID” and “Kool aid”. Surrendered his life on, Friday November 27, 2020. He was born on May 25,1995 in Tokyo, Japan. He was the Son of Rachelle Elizabeth Branch and James Quincy Jones. He was born into a Military family.

He attended and graduated from Joppatowne High School in 2013. He was an extraordinary athlete with a goal of obtaining a career in the NFL. Following in his parent’s careers, he joined the United States Army in 2015. After his military discharge in 2018, he pursued his studies at the college of DuPage in Illinois. He had dreams of becoming a “Big Cats” Veterinarian.

Khalil was introduced to Christ by his Grandparents, Bishop James and Juanita Jones. He attended church often in his younger years. He accepted Christ for himself during his active duty assignment in Texas. He rededicated his life to Christ and was Baptized by Elder Dexter Fowler, Pastor of Victorious Living Christian Center in April of 2019.

He began to suffer with mental issues during his active duty period and was honorably discharged in 2018. He was receiving continuous care and was closely monitored by his Mother, Rachelle. He pursued treatment and council, as well as his outreach to the prayer and pastoral staff at Mountain Christian Church. Unfortunately, he was unable to control his pain. He is now in his final resting place. And, in his last words, he said, “we have to do better with checking on each other and just ask “Are you OK?”