To share your memory on the wall of Iris Brown, sign in using one of the following options:

Provide comfort for the family of Iris Brown with a meaningful gesture of sympathy.

Iris received her elementary through secondary education in the Richmond City Public School System, graduating from Armstrong High School in 1962. Her higher education pursuits started at Smithfield Massey Business College. Forced to transfer, due to the college closure, she ultimately earned her Associates of Arts in Business from Virginia Union University (VUU), a small not-for-profit Baptist HBCU—founded in Richmond, Virginia 1865—with a legacy of producing world-renowned leaders. Although it was her dream to become a dentist, Iris decided to pursue a career in the business field, leading her to take various career development courses at VUU’s Sydney Lewis School of Business. On August 16, 1979 Iris was hired as an Office Service Specialist and later promoted to Claims Examiner at the Virginia Employment Commission, where she earned various certificates and special mentions, as she enjoyed a flourishing career—for over 29 years—until her retirement.

Iris, in her early 20s, had her one and only child Lisa, who she affectionately called Cakie. She (with the assistance of her mother aka BaMamma), thought it not robbery to raise Cakie in the fear and admonition of the Lord. Although Psalms 91 was her most favorite scripture, Proverbs 3:5-6 stood as the guiding principle—as Iris embraced values learned in her youth—which declares: " Trust in the LORD with all thine heart; and lean not unto thine own understanding. In all thy ways acknowledge him, and he shall direct thy paths.”

Iris was a strong woman of faith, as many of her friends would attest to, evident in her notable response to a friend, who was just diagnosed with cancer: “You know cancer bows to the NAME of Jesus!” Iris loved attending church at an early age. She ultimately joined Bethlehem Baptist Church (BBC), where she served on the Deaconess Board. Although, open to being used by God mightily, her most loved ministry was the men’s shelter feeding ministry, along with teaching BBC’s Sunday School and Vacation Bible School. She also traveled to Jamaica with BBC to share the Good News of Jesus Christ, including giving bibles to those who wanted them and witnessing as the Holy Spirit led. Other innately driven mission’s activities were inclusive of pledging donations to assist in 3rd world situations in Africa for: 1) shoes purchase and distribution for children, in prevention of the spread of deadly hook worm diseases; and 2) digging wells for clean water.

Iris would be found humming or singing, with two of her favorite songs being “I Lift My Hands in the Sanctuary” (Kurt Carr) and “Jesus Just the Mention of Your Name” (Jimmy Swaggart). Some of her many talents included playing the piano and clarinet, melodiously singing (including singing in the children’s choir for The President), hair stylist and cooking with “lip-smacking” culinary skills. She was always committed to learning her purpose, which included donation of time and efforts to those less fortunate, especially single mothers and children.

Iris was diagnosed with Parkinson’s disease, later in life. Yet she continued to work for the Lord up until advancement of the affliction, caused her to have to slow down and relocate to Maryland. Losing her independence was hard, as self-care and feeding became difficult to non-existent, but she never lost her wit, feistiness and propensity to have the last word.

Iris was baptized in Jesus Name at Zion Temple Church (ZTC) on Resurrection Sunday 2013, after attending church with her daughter several times. She could not do much due to the infirmity but she was so, so, so happy to be in the house of the Lord with the Saints. She loved all her ZTC family, with special love and appreciation for the friendship she developed with Mom Ringgold, whom she looked for and asked about often—up to her last days. She so enjoyed how all was so loving and embracing to her. Iris often stated that, “Jesus is my joy and strength to endure”. She was so aware and thankful for what she referred to as “the people—saved and unsaved—placed in my life for such a time as this”, which was uttered often as she lived through her greatest test, Parkinson’s.

To send flowers to the family or plant a tree in memory of Iris L. Brown, please visit our Heartfelt Sympathies Store.

Receive notifications about information and event scheduling for Iris

We encourage you to share your most beloved memories of Iris here, so that the family and other loved ones can always see it. You can upload cherished photographs, or share your favorite stories, and can even comment on those shared by others. 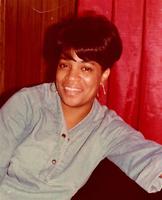 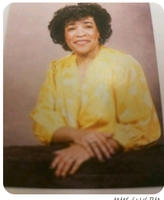