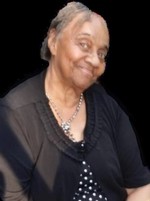 Helen received her education in the Harford County Public School Systems. She was baptized on February 10, 1938 into the Methodist Faith at Clarks United Methodist Church, Bel Air, Maryland. On September 10, 1951 she was united in holy matrimony to the late William H. Lee, Sr.

Helen was employed as a cook at the Aberdeen Proving Ground. She was also a member of the Samaritan Culturettes. She enjoyed playing Bingo.

In addition to her parents and husband, she was preceded in death by her sons, William H. Lee, Jr., Chico Lee, daughter, Donna Ann Lee, one granddaughter, Delinda Helen Harris and sister Delores Mae Young.