To share your memory on the wall of Frank Gregg, sign in using one of the following options:

“Frankie" received his early education in the Baltimore City Public School System and later attended Perryville High School. He later joined the United States Marines in 1972 where he was stationed in Twentynine Palms, California. Frankie was employed by Amtrak and Frito Lay, Inc. after his military career. His hobbies included listening to reggae and gospel music. Frankie was an avid sports fan and loved basketball, baseball, boxing, and football. He often spoke about his youth and hanging out at Memorial Stadium.

He gave his life to Christ on October 13, 1993 at Gospel Tabernacle First Apostolic Church in Havre de Grace, MD. He started attending Word of Faith International Outreach in 2000. Frankie was united in marriage to Faith Fisher on March 11,1995.

He was proceeded in death by his mother, Pearl E. Gregg and sister Vonda M. Gregg.
Read Less

To send flowers to the family or plant a tree in memory of Frank L. Gregg II, please visit our Heartfelt Sympathies Store.

Receive notifications about information and event scheduling for Frank

We encourage you to share your most beloved memories of Frank here, so that the family and other loved ones can always see it. You can upload cherished photographs, or share your favorite stories, and can even comment on those shared by others.

Posted Oct 28, 2019 at 08:37am
My father was the best man I've ever known. I feel like a piece of me is missing. Daddy you will forever be in my heart. I love you
Comment Share
Share via:
JD

Posted Oct 24, 2019 at 11:27pm
You're in Our Thoughts and Prayers
Each time we pray for you, We're reminded that God who created you can put your world together again. That's why
we are asking Him to bring you strength and reassurance as you lean on Him and rest in his love.

Thank you for your kind words. Shalonda & Daron Gregg
JG

Thank you Mr. Jerry...you was a very good friend to my father. Shalonda & Daron Gregg
M

Posted Oct 24, 2019 at 09:34pm
Lord we thank you for the friendship, and the fellowship. And the bond that we shared. loved you then. love you now. love you always, your brother in Christ (Marion Hamilton) You will be truly be miss my brother.
Comment Share
Share via:
R 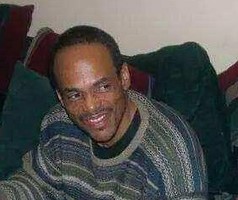