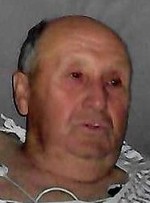 He was the son of the late Elzie and Ethel Reynold of Port Deposit, MD and was married to the late Lois Nicely Reynolds on March 2, 1953. Out of this marriage, two sons Keith and Mark were born.

Delmas joined the New Life Bible Church and was an active member for many years until he moved to Harford County, MD in November 2019. He was a great believer in Salvation by the Grace of God and enjoyed going to church, hearing the Gospel preached and attending Bible Study at new Hope Baptist Church in Bel Air, MD.

Delmas served in the U.S. Air Force 3 years and was honorably discharged in 1953. He worked at the Philadelphia Shipyard as a welding inspector and in later years was a master at upholstering.