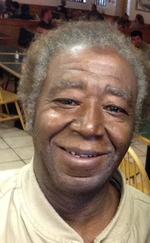 David Franklin Giles was born May 4, 1950 in Havre de Grace, Maryland to Lorna May Giles and George Edward Scott. David was one of six children. A brother, Shirley Giles, preceded him in death, as well as his mother and father.

Giles, as he was called at the local diner, was known for his humor, his chuckle and his love for good coffee. He was educated in the Maryland school system. He worked as a boiler plant operator at Aberdeen Proving Ground, from which he retired in 2000. He loved to fish and barbecue. His children remember eating good BBQ at the picnic table he built from the tools he stored in his personally customed shed.

Memorial service will be held at a later date.