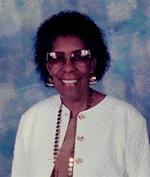 On January 11, 2020, The Lord called Clementine Marie Dean home after 92 years. She was born January 24, 1927 to the late Virgie and Lewis Richardson.

Clementine received her early education in the Havre de Grace Colored School. After graduating, she attended Princess Ann College, which is now the University of Maryland Global College on the Eastern Shore of Maryland.

She worked for the Maryland Transportation System on the John F. Kennedy Memorial Bridge for 29 years and retired in 2004. She saw a need to provide to those in need of a hot meal and so joined others to form “ Grace Place”. They worked in conjunction with area churches, volunteers and donated provisions, from its onset until her homegoing.

Clementine is a lifelong member of St. James A.M.E. Church, Green Street, and served on the Kitchen Committee and various other committees.

She was preceded in death by her parents; her sister, Virginia Jones; a niece Francene Jones Palmer; nephews Terry Jones, Tony Jones and Lewis Richardson. Clementine is survived by her daughter, Charleen Denise Dean; a sister, Mary Richardson Parrish; nephews Steven and Richard Parrish, Gregory and Christopher Jones; and
other relatives and friends.

Clementine will be missed by her many friends as she transitions from here to live with The Lord, Jesus Christ and her family and friends.