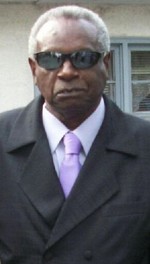 Charles Franklin Thurston Sr., was born on August 31, 1942 to the late John L. Thurston, and Julie Martin in Cokesbury, Md. He departed this life on Saturday November 23, 2019 at Christiana Hospital, Newark, Delaware.

He was united in holy matrimony to Savannah E. Christy on September 25, 1986. From this union one child was born.

He was employed by Haywood Construction Company, Aberdeen Proving Ground, and later the City of Havre de Grace and there he took an early retirement in 2004. His favorite hobbies were listening to music, watching western movies, and he also loved reading the bible.