Obituary for Charles A. Harris Jr. 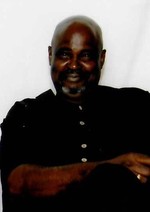 Services will be held privately.