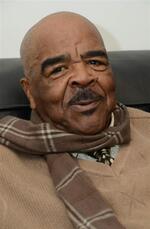 ​Charles was educated in the Delaware and Maryland education systems. He later continued his education at Sojourner-Douglass College. Charles successfully gained employment with Pinkett Shorelines, where he quickly advanced within the company. Upon accepting an offer from George and Lynch, Charles relocated the family to Delaware and continued with the company until his health began to fail.

​Affectionately, known to his friends as “Mr. D” and to his family as “Charlie”. Charles was a dedicated and loving father, grandfather, brother, uncle, and friend. He was an avid reader and teacher of the bible. Charles was a fanatical Baltimore Ravens fan. He was a great debater, skilled auto mechanic, and known for his cooking skills. His sweet potato and cherry/apple pie were to die for. Our dear Charles will be missed but has gained his Heavenly wings and is now resting in the arms of our Heavenly Father.