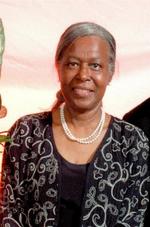 On September 3, 1942, a bright light full of possibilities began with the birth of Bernice
Cash, born to the late Lonnie and Pauline Gaddy Cash in Columbia, South Carolina. The earthly
light dimmed on May 25, 2019, at her home in Newark, Delaware with her family by her
bedside.

As a young child, Bernice and her parents moved to and settled in Port Deposit
(Cokesbury), Maryland. There, she, her parents, and extended family - grandparents, aunts and
uncles and cousins - became part of the fabric of that community. Her Christian walk began
with joining Cokesbury Baptist Church. Bernice sang in the choir, participated in the Missionary
Society, and was an active church member.

On January 9, 1963, she married her high school sweetheart, James E. Griffin, Jr. From
this union were two children, Regina Doreen and Michael Tyrone Griffin. With his employment
the family moved to various communities in Washington, DC and surrounding suburbs, Miami,
Florida and Raleigh, North Carolina. Bernice and Jim finally settled in Newark, Delaware, where
she became a devoted member of the Pilgrim Baptist Church family.

Bernice bravely served as a caregiver to her parents and her husband during their health
challenges. Later in life she returned to college and traveled around the world, which was a
pastime favorite. One of her greatest joys was being a grandmother to her only grandchild,
Sydney Alise Griffin. She also became a surrogate grandmother to many children in the
neighborhood who loved her as their own.