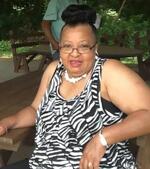 Ariel Virginia Rumsey passed away on the early morning of November 27, 2020 after a fourteen month stay at the Sterling Care Riverside Nursing and Rehabilitation Center. Ariel was born on February 27, 1946 to Charles Seymour Rumsey and Emma Mazie (nee Barnes). She was a life-long resident of Harford County.

On December 20, 1965 she was blessed with the birth of her only child, Barry D. Rumsey.

She received all 12 years of her education at the former Central Consolidated School in Hickory, MD. Because of her love of her school and people she was a very active student being a part of such activities as the girls’ basketball team (jv and varsity), student council, a majorette in marching band and was even crowned Miss Central in 1964. After graduating from Central she became a substitute secretary there. She then worked at the Edgewood Arsenal of Aberdeen Proving Ground for many years before taking an early retirement. She continued to work as a caregiver and totally enjoyed being a school bus driver.

As a youth Ariel joined Clarks United Methodist Church belonging to the youth choir. She later reestablished membership as an adult serving as a counter for the finance committee, a member of the trustee board and made it her job to help in the dining hall especially cutting and guarding those good homemade cakes. The last few years of life, her health kept her from attending church, but she always hoped she would one day be able to return.

She was considered “the family historian” when it came to remembering stories or how things happened. Keep in mind this was all from her perspective. She loved having a good time - playing bingo and dancing. Her favorite kind of music was the oldies but goodies. She would turn her music up loud and have a party all by herself. Even when she was struggling to walk or to keep her balance she still declared she could dance. She never claimed to be a cook, but all her nieces and nephews absolutely loved her cornbread.

She loved people and never ever met a stranger or forgot about anyone. She could recall names almost at the drop of a hat. She was down to earth and never refused anyone as a friend. Many people referred to her as the life of the party.

She leaves to rejoice in her memory, mourn her loss and celebrate her life her only son Barry D. Rumsey of Bel Air, Md, brother Paul W. Rumsey Sr. (Bertha) of Forest Hill, MD, sisters Thelma E. McLain of Street, MD and Mary Anne Walker (Al) of Austin, TX. She also leaves a host of nieces, nephews, cousins, and friends. There are always special people in your life and hers was a Sister-in-Love Carolyn Putney of Joppatowne, MD who has been by her side helping with everything from taking her to medical appointments, grocery runs, personal errands, being a confidant and doing it wll with such respect and love. She also spent many hours on telephone calls and occasional visits with her loving friend of many years Cleveland Howerton of Baltimore, MD.

Special thanks to Sterling Nursing Care, especially the activities department including Edda, Tonya and Melissa who made it possible for us to have Zoom calls with Ariel and Barbara who always so pleasantly answered our calls and inquiries. Thank you also to the family members and friends who were able to visit with her during her stay at Sterling Care.

Due to Covid-19, the family is planning a Memorial Service at a later date.

In lieu of flowers, please make a donation to the American Diabetes Association or to your local Food Bank.

As long as we live and remember Ariel Virginia will live in our hearts………..